The following will describe tips when installing electromagnetic flow meters from seven aspects.

Generally Electromagnetic flowmeters can be installed either horizontally or vertically. While when measuring slurry, it is better to install it vertically, so the fluid flows from bottom to top. It not only ensures that the measuring tube is filled with the measured medium, but also avoids local wear on the lower half of the flow meter when it is installed horizontally and solid phase precipitation when the flow rate is low.

2. The installation environment should be away from vibration

When there is strong vibration on the pipeline system, support can be added to the pipelines on both sides of the sensor.

So as not to be affected by electromagnetic waves in the surrounding space and the magnetic field of large motors. 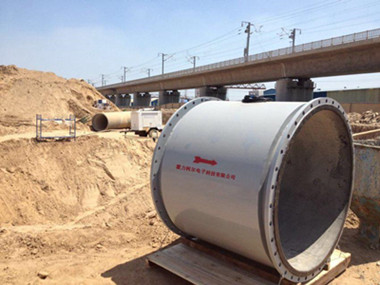 Sometimes some points may be neglected by part of our users when choosing a electromagnetic flow meter. As long as the detailed application is advised, our engineers will recommend you the most suitable product and advise the installation tips.