Recently a wastewater plant decides to replace their current sensors with sewage level sensors after they have found the cause for the inaccuracy of the wastewater level.

Believe the sewage level sensor can help work out the failure. One of the sewage pump station found that the water level had no change while the acutal liquid level was 1m already.Through troubleshooting they found it was resulted from sensor failure after dismantling the sensor, they found the diphragm had been corroded and seriously blocked, which caused the pump system failed to correctly implement. Actually, what they used was a conventional level sensor which is not suitable for wastewater plant. What really suits them is a sensor which can work in highly viscous liquids with suspended solids such as sewage, effulent, sludges and slurries. 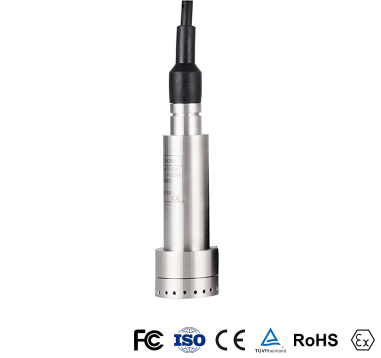 The sewage level sensor features advanced filtration function which can effectively block sediments or sluges off and is superior than other ordinary submersible level sensors. And the diaphargm is made of first class 316L stainless steel which is highly corrosion-resistant though long immersion in sludge or wastewater.